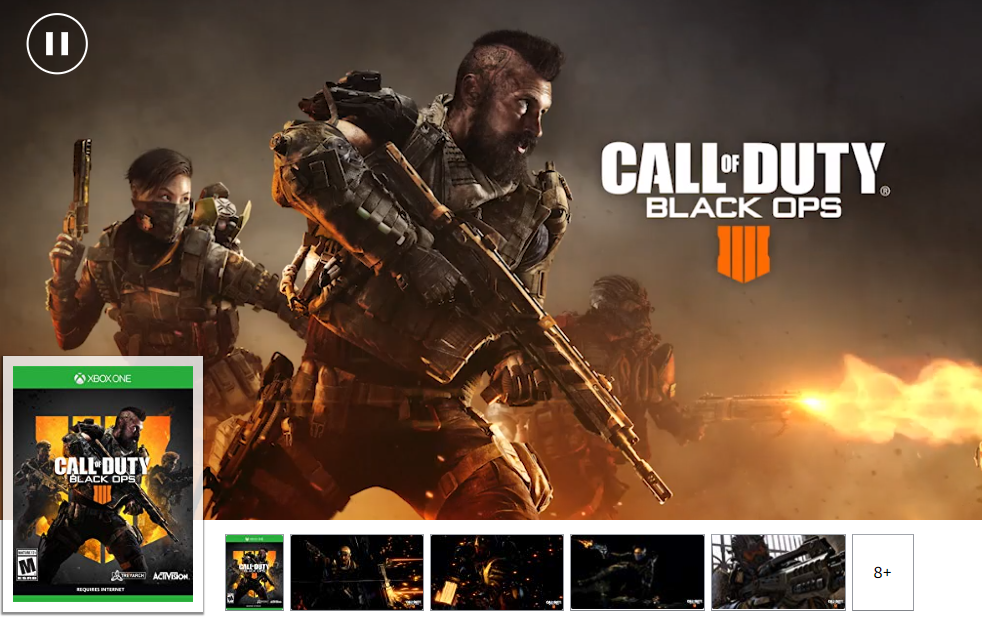 Black Ops is back! Featuring gritty, grounded Multiplayer combat, the biggest Zombies offering ever with three full undead adventures at launch, and Blackout, where the universe of Black Ops comes to life in a massive battle royale experience. Blackout features the largest map in Call of Duty history, signature Black Ops combat, and characters, locations and weapons from the Black Ops series. 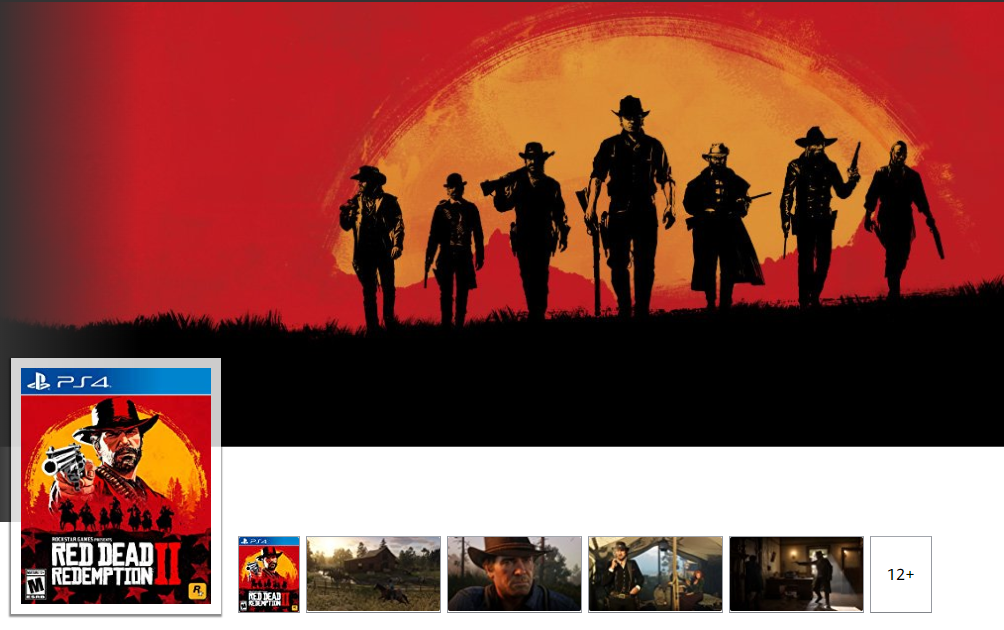 America, 1899. The end of the wild west era has begun as lawmen hunt down the last remaining outlaw gangs. Those who will not surrender or succumb are killed.

After a robbery goes badly wrong in the western town of Blackwater, Arthur Morgan and the Van der Linde gang are forced to flee. With federal agents and the best bounty hunters in the nation massing on their heels, the gang must rob, steal and fight their way across the rugged heartland of America in order to survive. As deepening internal divisions threaten to tear the gang apart, Arthur must make a choice between his own ideals and loyalty to the gang who raised him.

Call of Duty: Black Ops 4 delivers the biggest Day 1 Zombies offering ever with three full experiences at launch: IX, Voyage of Despair, and Blood of the Dead. With an exciting new adventure and a brand-new cast of characters, Call of Duty: Black Ops 4’s Zombies will feature the deep gameplay and easter eggs that its rabid community of fans have come to expect.

Take your Pokémon journey to the Kanto region with your partner Pikachu or Eevee to become a top Pokémon Trainer as you battle other trainers. Use a throwing motion to catch Pokémon in the wild with either one Joy-Con controller or Poké Ball Plus accessory, which will light up, vibrate, and make sounds to bring your adventure to life. Share your adventure with family or friends in 2-player action on one system using a second Joy-Con or Poké Ball Plus (sold separately). You can even connect to the Pokémon Go app* using a compatible smartphone to bring over Pokémon originally discovered in the Kanto region! 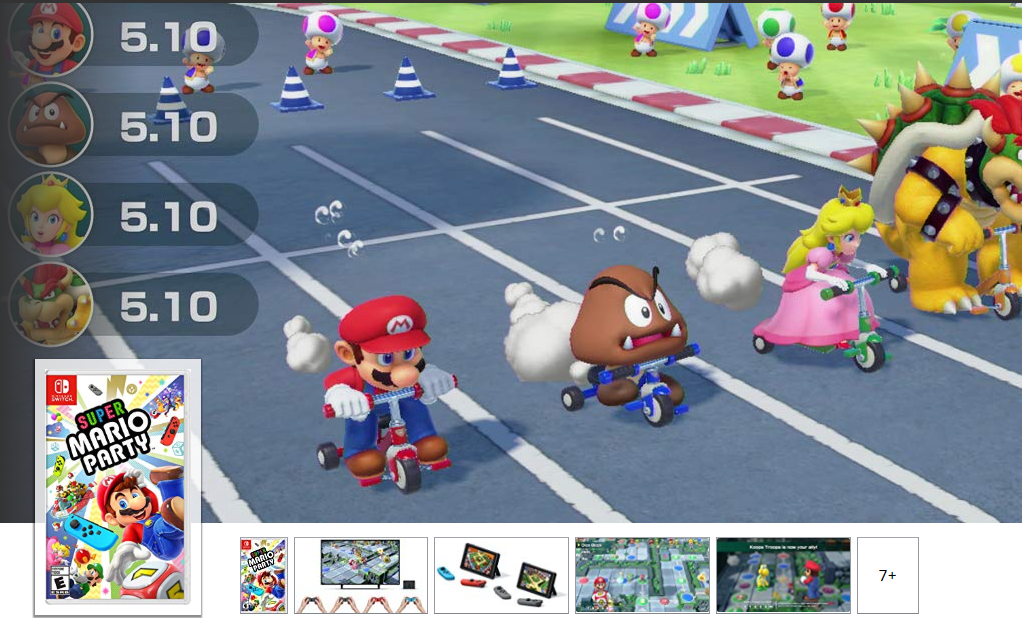 The original 4-player Mario Party series board game mode that fans love is back, and your friends and family are invited to the party! Freely walk the board: choose where to move, which Dice Block to roll, and how to win the most Stars in skill-based minigames. Wait till you see the 2 vs 2 mode with grid-based maps, the creative uses of the console, and the series’ first online minigame mode! 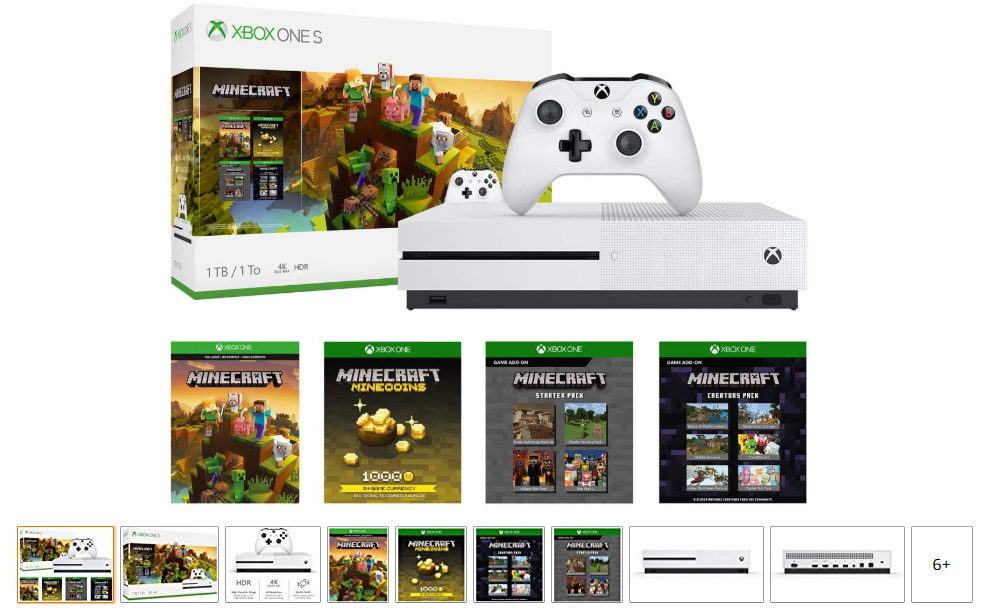 Enjoy great content from Minecraft community creators including Relics of the Privateers, Adventurer’s Dream, Wildlife Savanna, Winter Mini-Games Festival, and more, as well as 1,000 Minecoins to get even more in-game content! Also, join the online community of Minecraft builders and players with a 14-day Xbox Live Gold trial. Build, dig, and craft together with friends who are on PC, mobile, VR, and console.

Take your favorite Pokémon out for a stroll in Poké Ball Plus. Share your adventure with family or friends in 2-player action using a second Joy-Con or Poké Ball Plus (sold separately). Every accessory contains the Mythical Pokémon Mew!** You can even connect to the Pokémon GO app* using a compatible smartphone to bring over Pokémon originally discovered in the Kanto region! 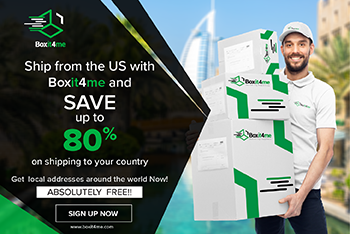